The 2018 All Wales Striking Competitions for the Jack Pryor and J Arthur Hoare Trophies were held on Saturday 29th September at Brecon Cathedral and hosted by the Swansea and Brecon Guild.

It was a lovely, sunny afternoon which helped provide very convivial and sociable atmosphere, with the local ringers providing a running buffet of tea and cakes and, rather thoughtfully, a barrel of beer for ringers' exclusive enjoyment which was available from the Pilgrims Café adjacent to the main Cathedral building.

Both competitions proved to very closely fought with the Judges, Barrie Dove and Janine Jones from Yorkshire, complimenting all the bands on the quality of the ringing and remarking upon how difficult it had been to come to a decision. This was exemplified in the results, which were as follows:

After the judging many present stayed for food in Pilgrims. There were only six pints of beer left at the end of the afternoon.

With grateful thanks to our hosts for some excellent planning which all appeared to go as hoped and thanks, too, to Claire Alexander for allowing the use of some of her photographs below. With special thanks to The Most Reverend John Davies, Archbishop of Wales, for leading the Service and presenting the Trophies to the winning bands. 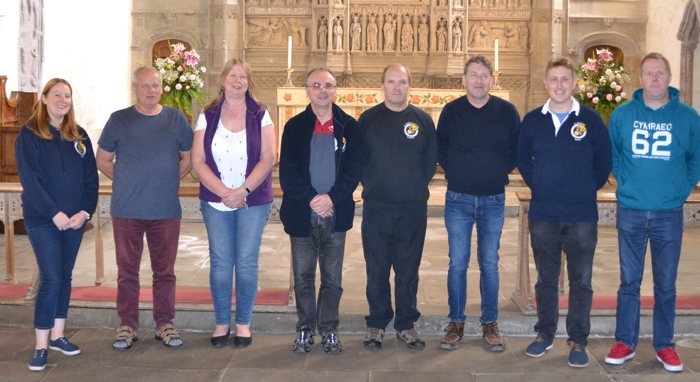 Photo: The Rumney Band which represented the Association for the Jack Pryor Trophy 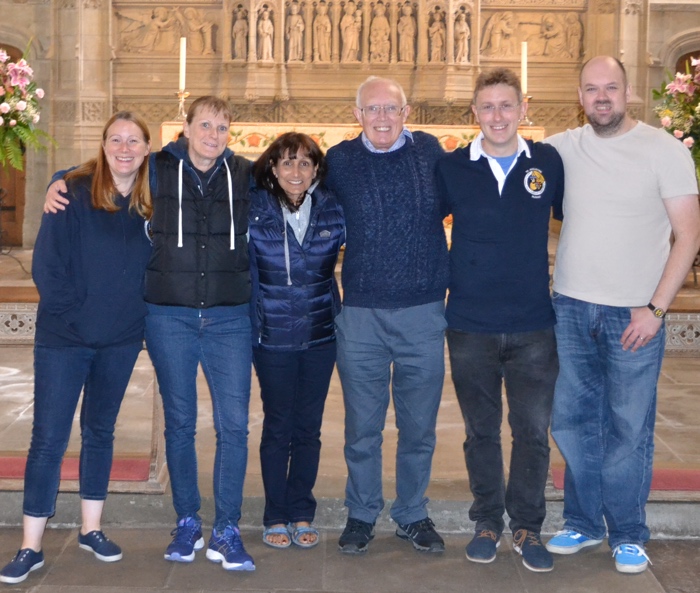 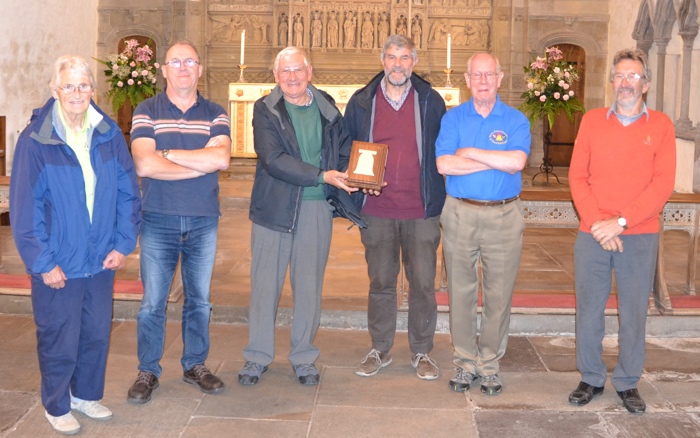 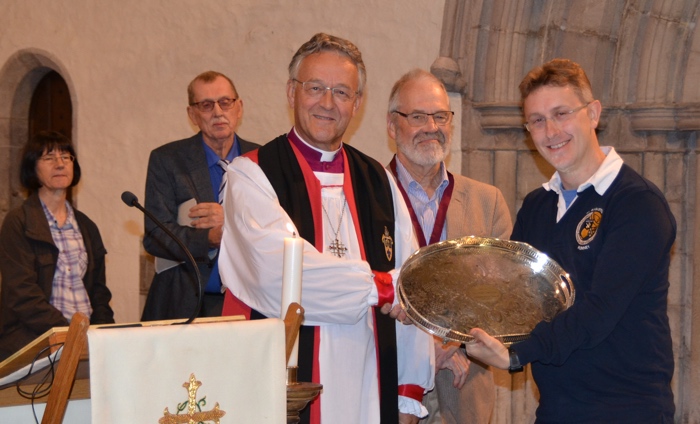 Photo: Neil Bennet of Welshpool receiving the Jack Pryor Trophy from The Archbishop 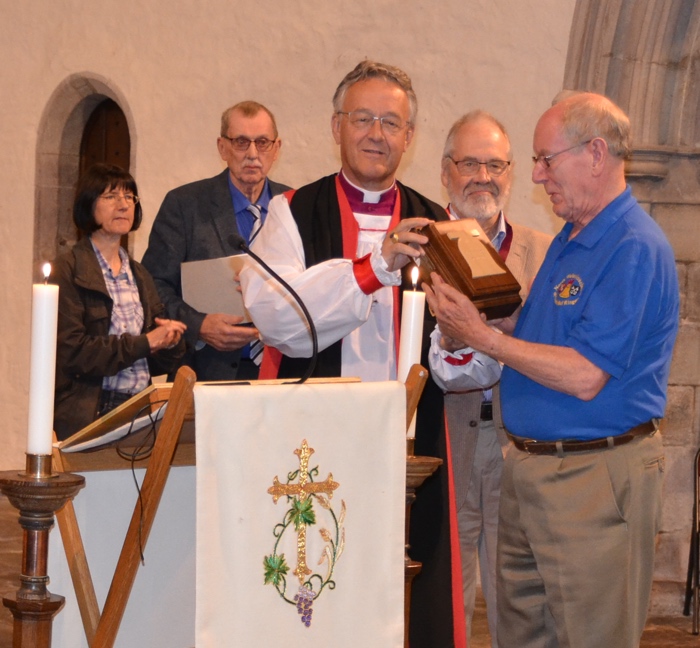 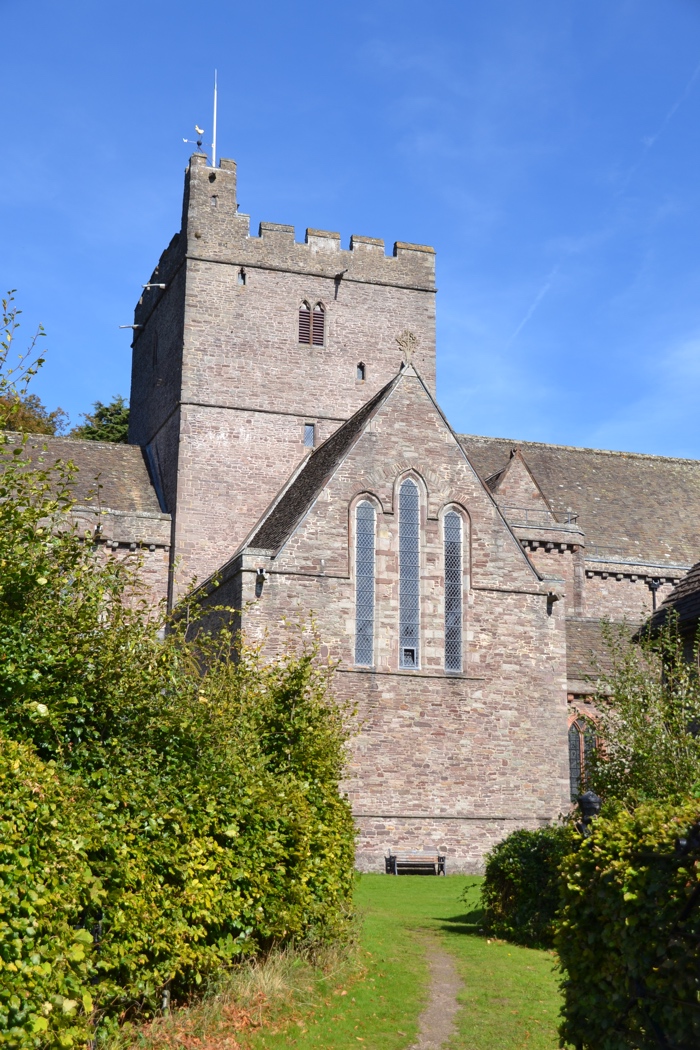