The main celebratory event was a dinner held at the Manor Parc Hotel in Cardiff, expertly organised by Andrew Phillips and to which 85 people attended.

Peals were been rung earlier in the day at Caerphilly and at Llandaff and there were a number of Quarter Peals rung too.

Those present were treated to speech by the Master and a response from Reverend John Hughes. Handbells were rung (see the link below), and very nice it was too. The Master took wine with a number of groups during the meal, and soft drinks with the designated drivers and the raffle was very-well supported and raised a significant sum for the Recruitment & Training Fund.

Feedback from the Dinner has been positive; the food was good, the cask of ale was pretty-much gone by the end of the evening and the relaxed, convivial atmosphere was enjoyed by all.

Video of the handbell ringing.

Photos from the evening... 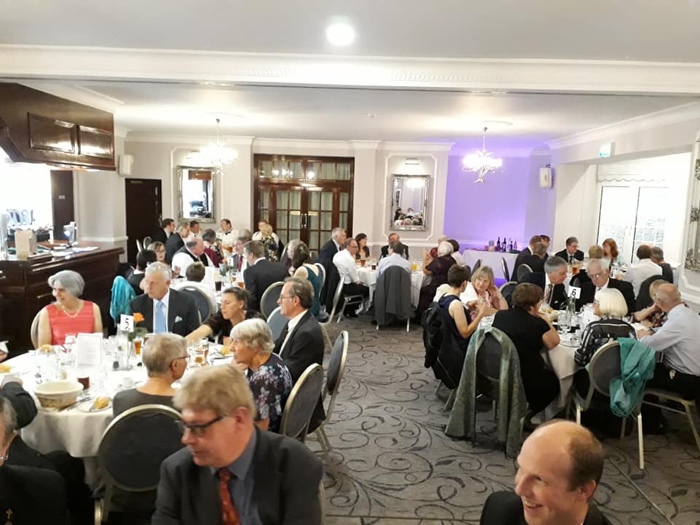 The view from the top table 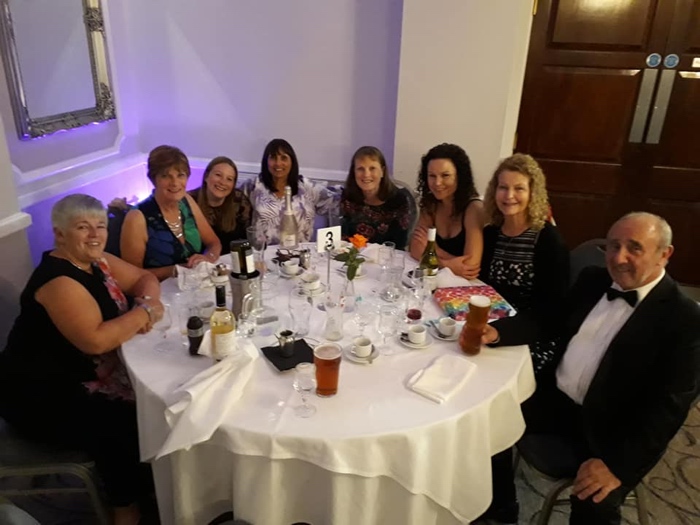 "The Rowdy Table" who were very lucky in the raffle 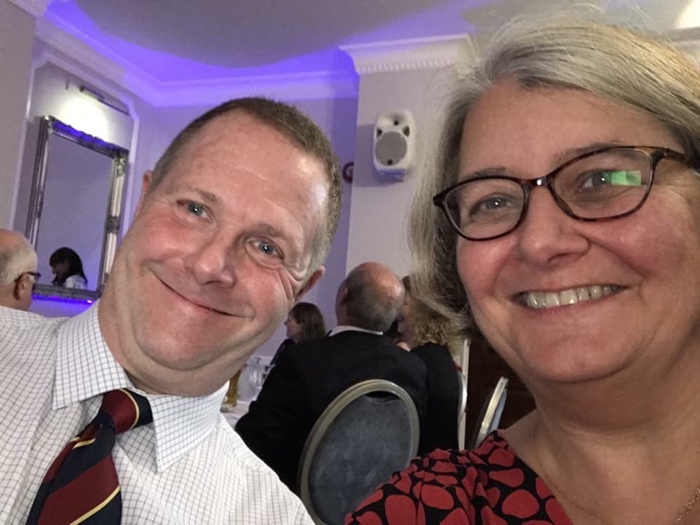 The (very slightly wonky) Chairman, relieved after the speeches.