Like many good ideas, it started in the pub after a Peal attempt at Caerphilly in October when Andrew Phillips made a casual remark about it being almost 10 years since he'd called a Peal of Grandsire Triples to celebrate the 50th Anniversary of Trevor Lewis' first Peal, which had also been Grandsire Triples at Caerphilly.

A quiet word in Trevor's ear the following day over a cup of coffee and the seed was sewn.......

All went to plan, the Peal was scored and there was a very happy Trevor in the pub afterwards. Trevor wanted "Last Peal: 6" in the footnote, but that was over-ruled as the band are planning another one in 10 year's time

For the record, the details of Trevor's first Peal are as follows:

Photo: The Peal band (stood in order, left to right): 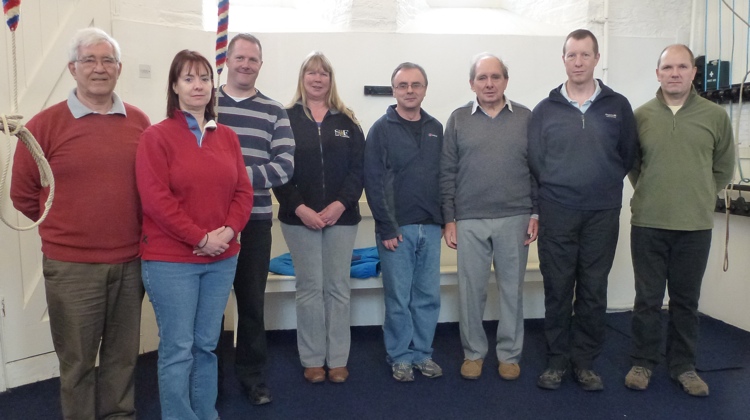 (With apologies to all for the tardy write-up)