The ringers of St Woolos, Newport, have been celebrating the centenary of their bells and have provided a brief history of them and an account of a Service to mark the occasion.

Way back in 1783, the parish church of St Woolos Newport had a ring of 6 bells cast by Thomas Bailey from Bridgewater, however by 1870, the tenor had become cracked and had to be recast. During 1894 two additional bells, a Treble and Tenor, were added to the existing 6 and all were mounted in a locally made wooden frame. During February 1911, a local band managed to ring a peal on the bells, whilst Bill Pye's band on a peal tour later that year appear to have been defeated by the go of the bells. That seemed to galvanise a project to do something about the go of the bells before they became un-ringable.

Thanks to an anonymous donation of £400, an initial plan was was set up to recast the existing 8 bells to create a new ring of 8, and place them in a new steel frame set out to take a ring of 10. Two further anonymous benefactors then came forward to donation a bell each, which enabled Taylors to provide a Simpson tuned ring of 10, with a Tenor of approximately 21 cwt in D.

On Monday 22nd December1913, the new ring of 10 were dedicated to much acclaim. Ringing took place before and after the service, and into the evening, following a tea provided by the vicar. The Bell News reported that ringing continued until 9.30pm when “a pleasant hour” was spent, presumably in the “Six Bells” across the road from the church. The first Quarter Peal was not rung of the bells until 1915, with the first Peal on the bells not being rung until after the end of hostilities of the First World War. This was scored in 1919 and was rung to celebrate the return of prisoners of war.

In 1939, the ring of 10 were augmented to 12 with the addition of two new trebles by Gillett and Johnson who also recast the front 3 bells of the ring of the Taylor 10.

In 1988, a Flat 6th was donated by William E Thompsett in memory of his friend Daisy Wall, to provide a easy going light 9 cwt ring of 8, which has been of great benefit to the local band.

On Sunday 22nd December 2013, exactly 100 years since the dedication of the ring of 10, Parish Evensong was arranged to celebrate the Centenary of the installation of the original 10 bells. Unfortunately, a quarter peal attempt earlier in the afternoon was unsuccessful, but for evening ringing, the Cathedral ringers were joined by ringers from towers in the Monmouth Branch and from Llandaff Cathedral, including a keen young and capable 10 year old fresh from his first QP earlier in the afternoon. The service was taken by Rev Canon Jennifer Mole, a ringer at St Woolos for many years, with the readings given by Dr Michael Penney, Association Secretary and Jonathan Lewis, Association Master. The time normally allocated to the anthem was given over to three leads of Kent TB Major rung by Helen Phillips, Matthew Turner, David Moore and Peter Bennett on Peter's handbells. This was followed by Peter Bennett giving a history of the bells from the original 6 to the present day in lieu of the sermon. Following the Service, a traditional ringers tea was provided for the attending ringers and congregation. 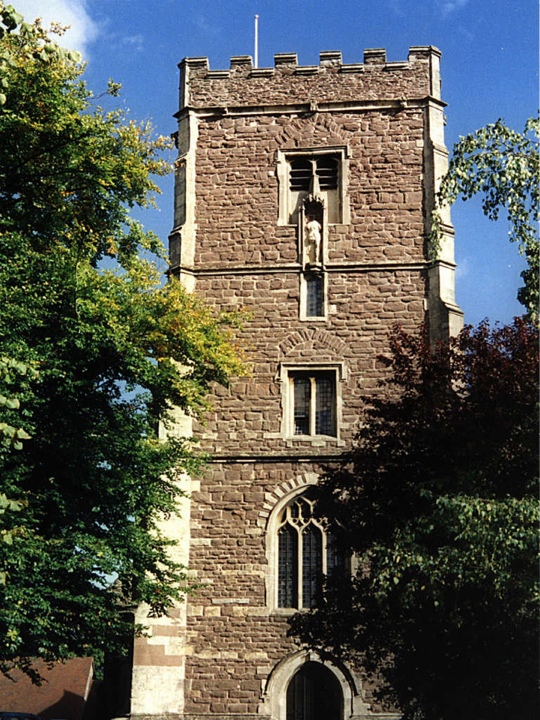