There was a good turnout of towers, particularly in the Call Change Section, which saw a band from Aberavon taking part for the first time; the last time that an Aberavon band entered any competition (in Swansea & Brecon DG) is thought to be in the early 1960s. There was also a fine effort from Merthyr Tydfil's band of younger ringers

Ringers were sustained by a running buffet provided by the local ringers, with proceeds going to the Flagpole Fund.

The judges were Jonathan Lewis and Peter Bennett from the Monmouth Branch and they were confident in their placing of the bands in both sections and there didn't seem to be any voices to the contrary from the churchyard pundits, so a job well done!  They adjudged the competitions as follows:

Congratulations to the bands from Cowbridge, Llantwit Major, Llandaff and Penarth will go forward to represent the Branch in the inter-Branch competitions in July (date to be confirmed pend the results from the Monmouth Branch competitions on Saturday 20th May 2017 in Blaenavon).

Photos below; click on the image to see larger version... 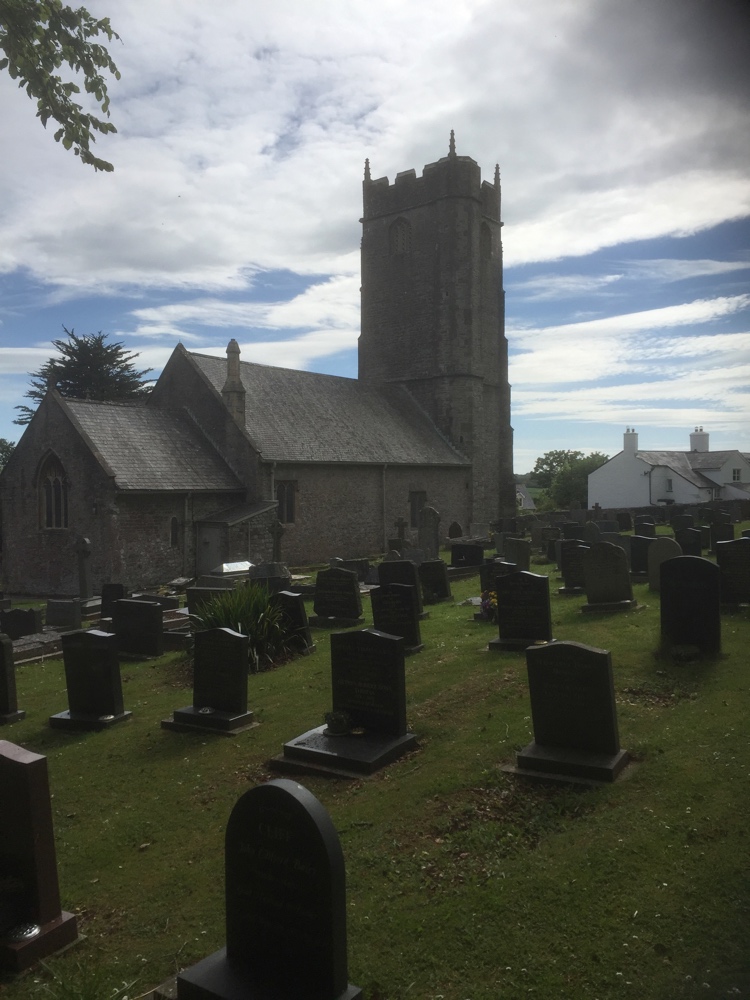 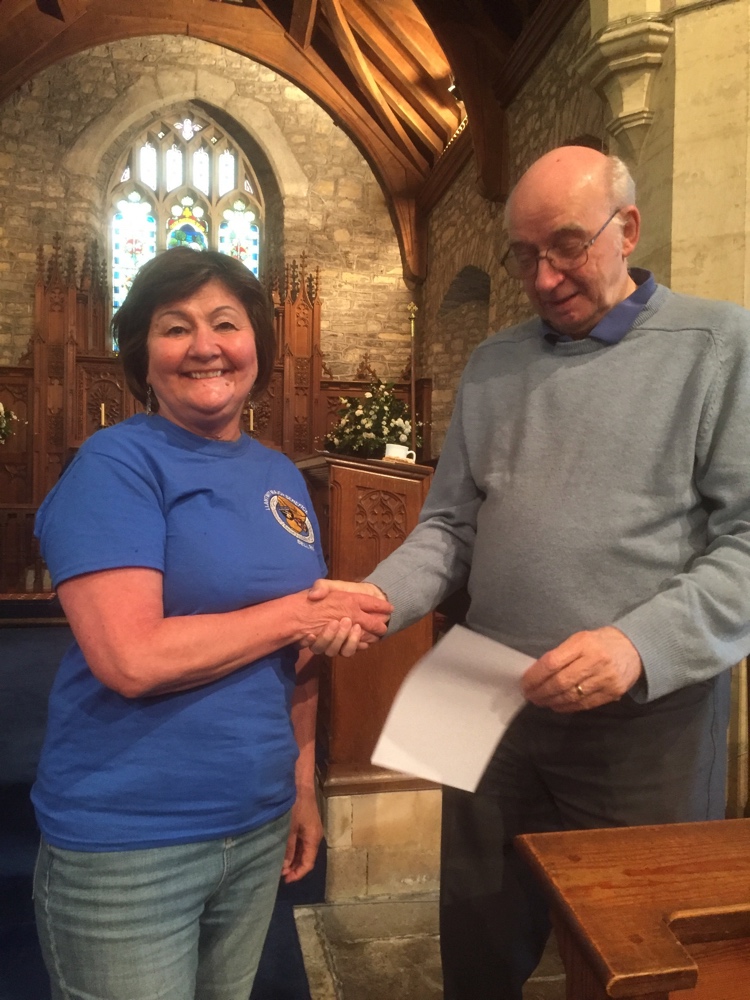 Photo: The Cowbridge band with the Judges 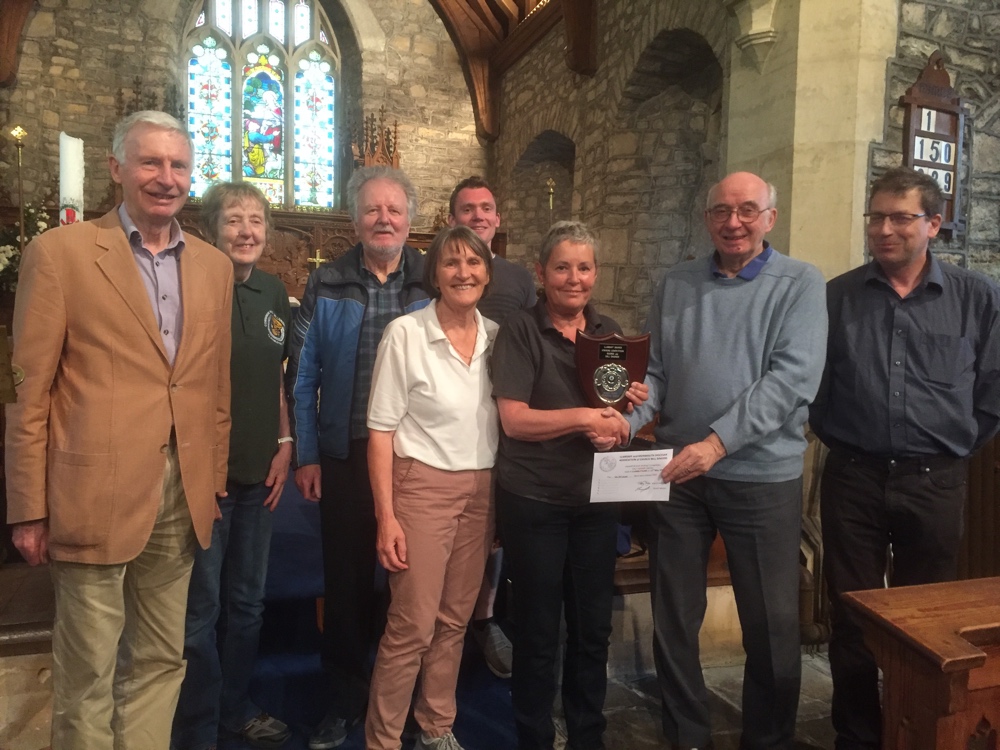 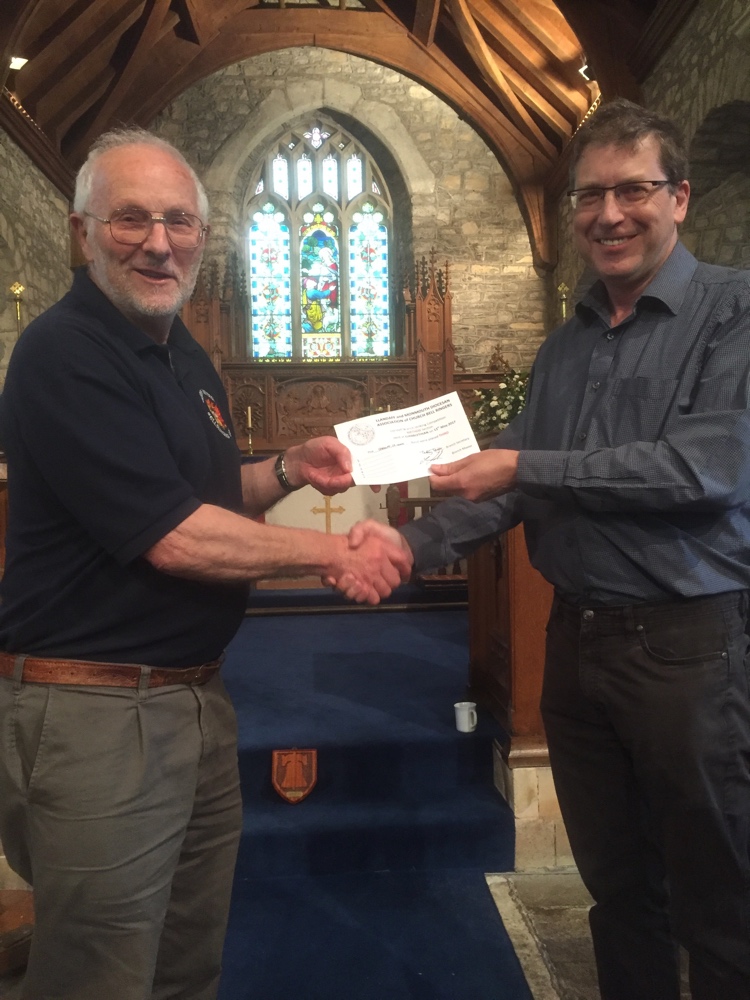 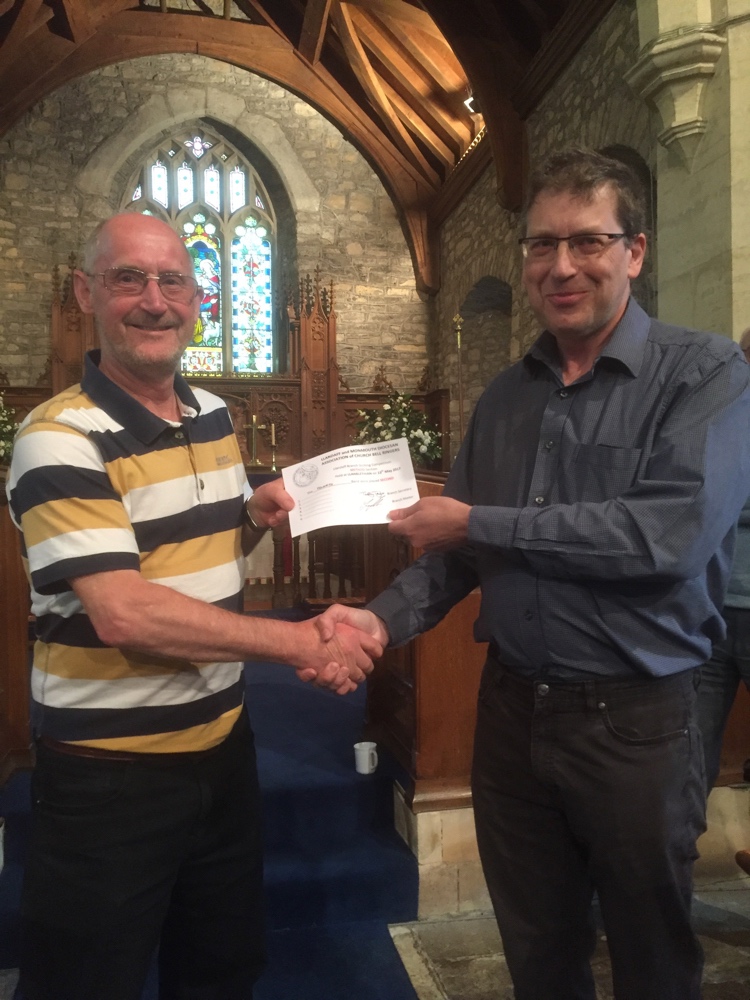 Photo: The Llandaff band with the Judges 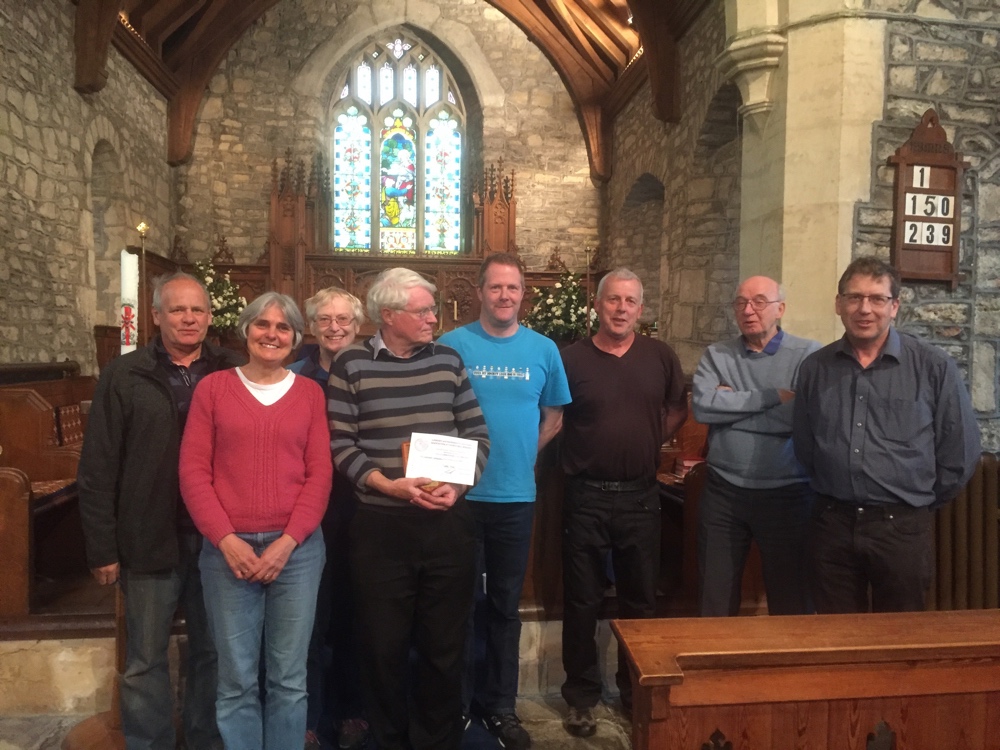