A New Trophy for the “All Wales” Competition

This year’s “All Wales” competition was held on September 27th at Llanbadarn Fawr (Aberystwyth) on an afternoon of summer-like temperature and wall-to-wall sunshine. It was a pleasure to be outside listening to these lovely bells, which are a lot quieter outside than in, first to the 6-bell section and then the 8-bell.

After a service conducted by Llanbadarn’s Vicar, the Revd Andrew Loat and the organ played by Tim Hollinghurst (one of the ringers) we were treated to a magnificent traditional ringers’ tea prepared by the local band. There was indeed enough to feed the 5,000 and probably a few more as well. Then came the moment we had all been waiting for - the adjudication.

The judge was Richard Wolfgang from Derby but whose Welsh credentials are impeccable through being formerly a Swansea student and currently Master of the Welsh Colleges Society. It was his first time as a judge but having recorded each test piece and listened to them all for a second time he was totally confident of the final results.

Following a decision taken by the Masters of the four Welsh guilds last year, the six and eight-bell sections are now to be treated separately and a new trophy had been prepared for the six-bell section. Made to their own design by one of Wales’s best and most talented wood carvers, this trophy has been donated by Bob & Mary Hardy in memory of Mary’s father Jack as a tribute to his contribution to ringing over some 70 years. And, as Mary explained, Jack’s work as an electrical inspector took him all over Wales, often for a week at a time as the roads of that time did not allow day visits to distant parts, so he was always grateful for the welcome he received at the many practices he visited when he was away.

As had been hoped, the new trophy has opened up the competition and the first-ever recipients of the Jack Pryor Trophy were our hosts of the day, the St David’s Guild, who have never won any trophy before. Chris Tough’s smile on accepting it on behalf of the Guild as their Master said it all! And despite a slight hiccup during our test piece, which we hoped had not been too noticed by Richard, our Association managed to retain The Arthur Hoare Trophy.

The final results were:

With thanks to Bob Hardy for the above text and the photographs below, and apologies for the delay in posting this news item.

Photo below: The new Jack Pryor Trophy for the 6-Bell Competition, donated by Bob & Mary Hardy 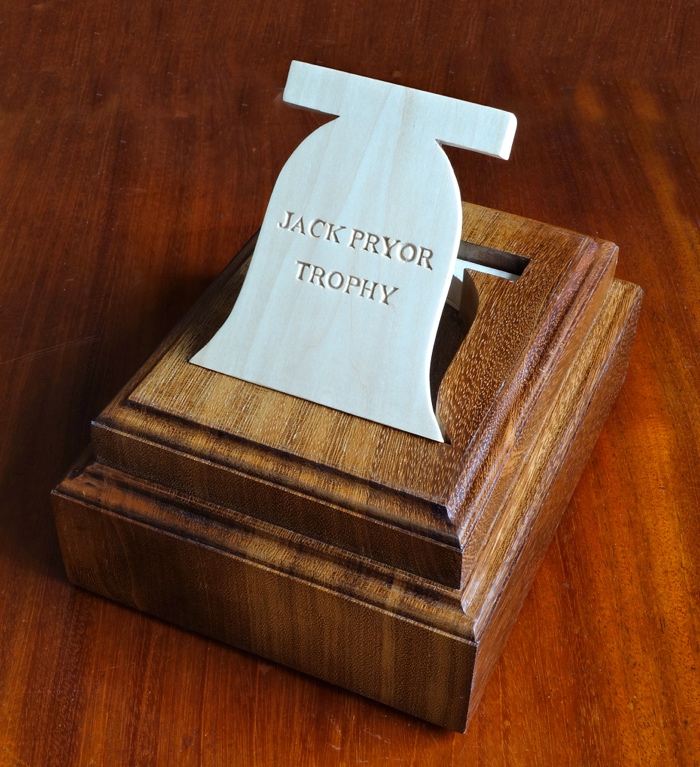 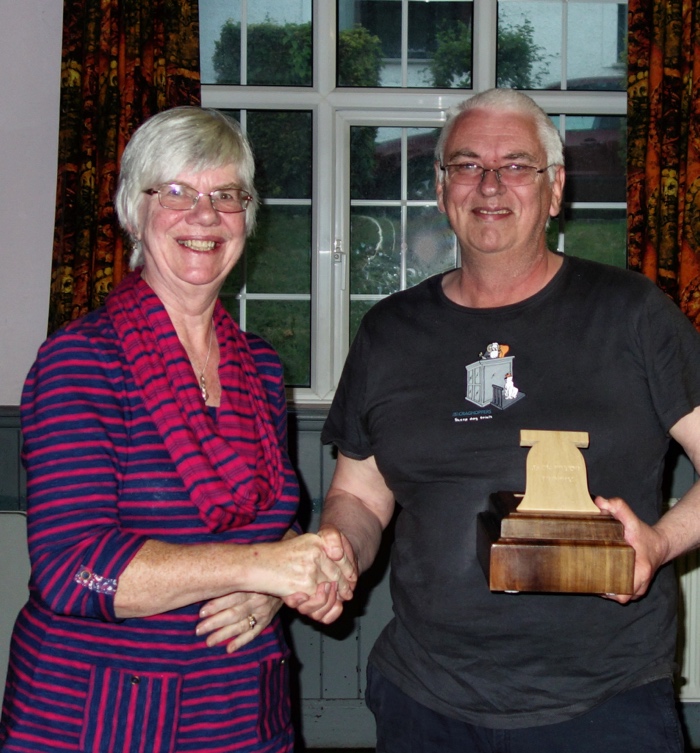 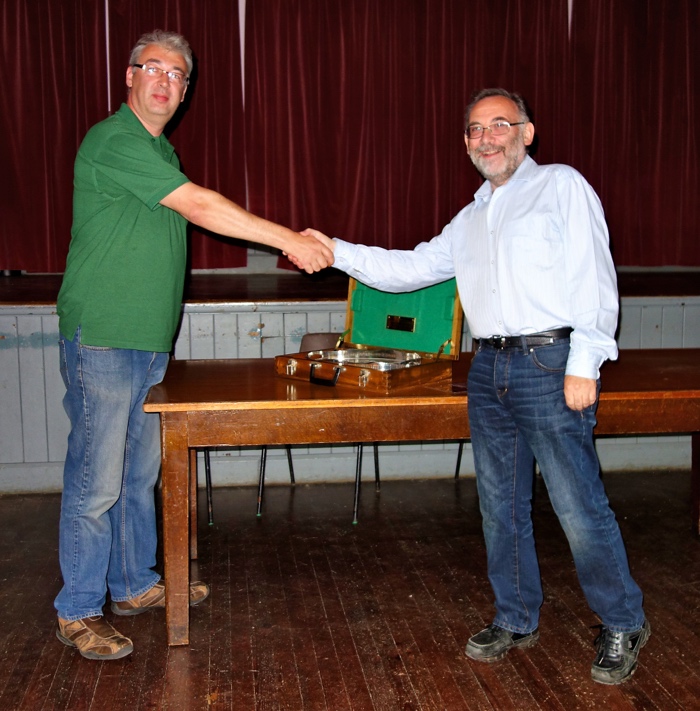