The 2014 Llandaff Branch Striking Competition was held at St Bride's Major in The Vale of Glamorgan on Saturday 10th May 2014.

It was a cold and very wind day, most of those present choosing to stay inside the church, only occasionally popping their noses outside to listen to the ringing whilst searching for shelter from the elements.

A particularly copious tea was ordered/provided by the Branch Secretary, Tim Taylor, whose meticulous arrangements and chivvying of the bands made things progress quickly and smoothly. There was considerable sympathy for the judges, Andrew and Helen Phillips from Newport, who had to struggle to keep warm in their car whilst keeping a window open so they could hear the bells.

The "churchyard pundits" proved to be in broad agreement with the judges in that both competitions were very close. There was little dissent with the judges' verdicts which mirrored those of the majority listening outside. The results were as follows:

Cadoxton & Coity, Penarth & Llandaff go through to the Inter-Branch Competitions on 28th June 2014 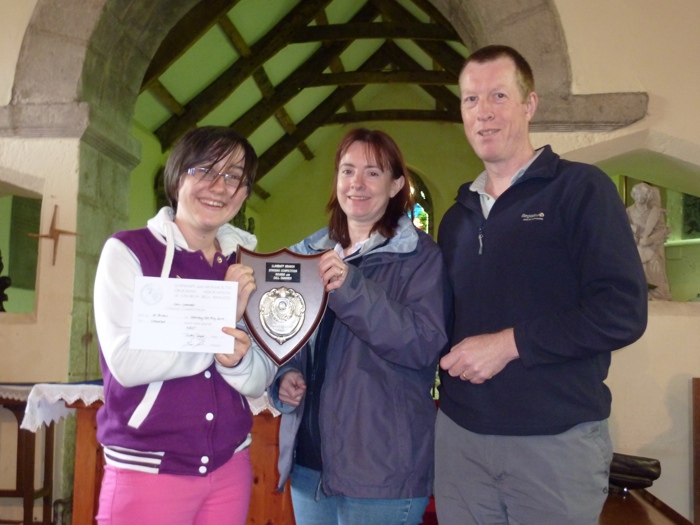 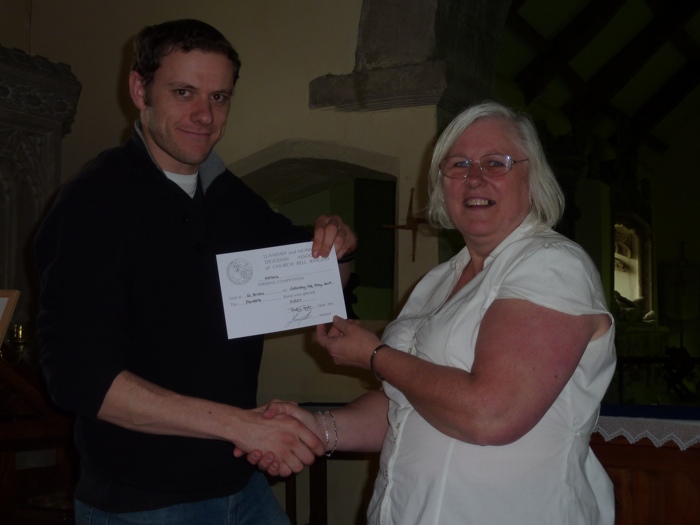 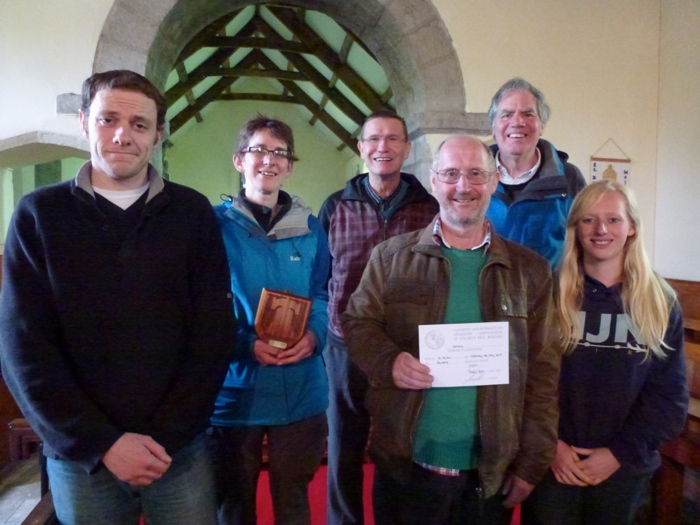