This year's Monmouth Branch Striking competition was held at Nash on Saturday 16th May 2015 on what proved to be a lovely sunny afternoon. Once the pub opened the setting was perfect!

The event also incorporated the Branch's now annual cake-baking competition. Standards in both the ringing and baking proved to be high.

After a "bring and eat" buffet tea, the results of the competitions were announced.

3rd place in the cake-baking competition was awarded to Marion Bennett and 2nd place to 10-year-old Jasmine (the judge really liked this cake!). However, there could only be one winner and this was the fantastically decorated "work of art" from Carol Brown. 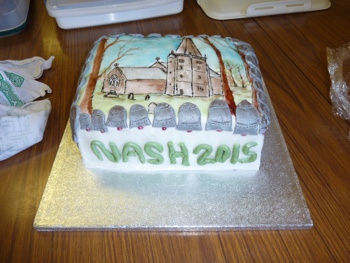 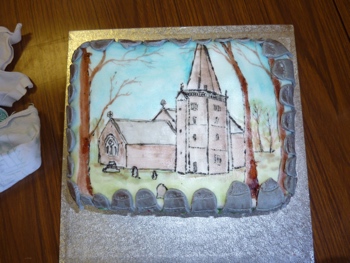 After much deliberation, Andrew and Yvonne judged the ringing as follow, the bands being listed in order of ringing:

Congratulations to St Woolos, Newport & Shirenewton and also to Rumney and St Woolos, Newport who go forward to represent the Branch in their respective sections at the Association Striking Competitions on Thursday 2nd July 2015.

Picture: Matthew Turner of Rumney and Peter Bennett of St Woolos, Newport with the trophies 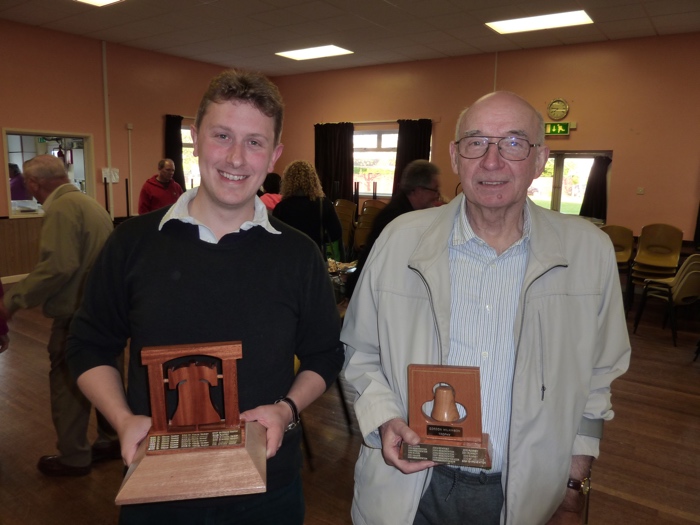